Understanding The Behavior of Troubled Teens | Why Love Conquers All 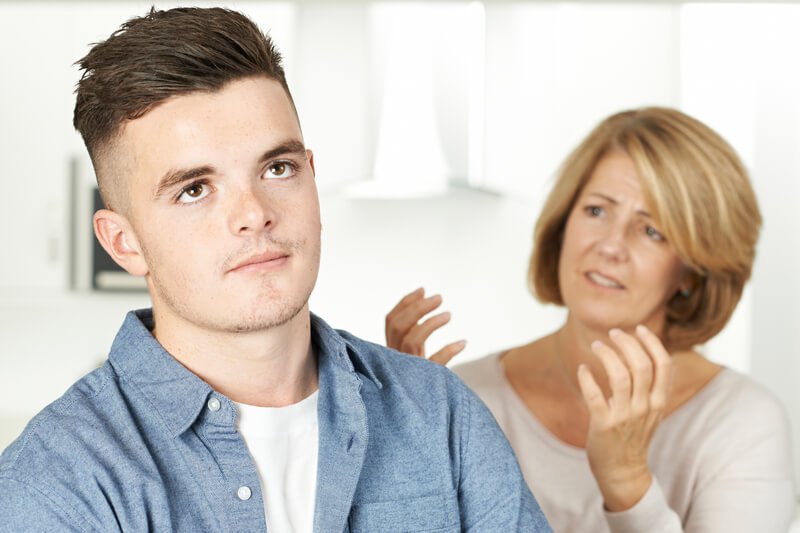 Understanding The Behavior of Troubled Teens | Why Love Conquers All

To adequately assist troubled teens in overcoming self-sabotaging tendencies and negative behavioral patterns, parents must first comprehensively understand their child’s underlying issues  (negative motivations that contribute to the adolescent’s compulsivity and proclivity for negative thinking). Fortunately, parents need not search far and wide (or at all) to find what is perhaps the largest contributing factor for their child’s behavioral issues: Adolescence.

Adolescence is an intimidating and terrifying time in any person’s life, period. Facing unfamiliar adversities such as vocational and academic responsibilities, uncontrollable hormones, and high-stake pressures to succeed, even the most precocious youth can quickly become overwhelmed by the internal stresses of being a teenager. Before this stressful transitional phase, teens were naive little children who were completely dependent on others to assist them in almost every facet of their lives. Upon reaching the ripe old age of 14, however, life took a sharp turn towards adulthood. Needless to say, It doesn’t take a very imaginative mind to ponder as to why millions of teens say they are overwhelmed by the stresses of life.

However, As difficult as it may be for teenagers to process, parents are well aware of what it was like to be a teenager. Even though it may seem like a lifetime ago, we adults still remember all of adolescence’s many terrifying obstacles. We remember the nerves, the hormones and even the severely depressing, lonely nights after the ‘love of our lives’ decided eternal happiness wasn’t for them and opted for other suitors. Yes, if anything, we remember this tumultuous and intimidating phase with almost too much clarity. So why is it that parents find it impossible to communicate with their troubled teenage boy or girl? If you are a parent in need of an answer, Hopefully, this article can provide you with helpful advice on your approach to parenting, and perhaps, maybe even a deeper understanding and appreciation for your child, altogether.

Remember to Empathize With Troubled Teens

As the old cliche goes: ‘We remember those days (adolescence) as if they were yesterday.’ With that in mind, it is important to remember that as youths, we too got into our fair share of ‘tomfoolery.’  After all, kids will be kids. Be that as it may, it’s still crucial for parents to be able to identify whether or not their child’s behavior supersedes ‘typical teenage rebellion.’

So, what qualifies as ‘troubled teen’ behaviors? Perhaps it’s best just to define what a troubled teen is:

Troubled Teens – Youth, ages 12-19, who push well beyond the social norm regarding normal, teenage behavior. Troubled youth will often choose to act on self-destructive, and often, self-indulging, negative responses. Furthermore, teens who are deemed as ‘troubled’ may engage in harmful activities such as, drug use (experimentation, as well as clinical addiction) premature sexual promiscuity, unwarranted aggression, defiance towards authority, and acts of self-harm.

Teenagers live in a precarious transitional phase between childhood and adulthood. During this time, a teen will typically begin to distance themselves from their parents in an attempt to assert their independence. This phase of teenage self-discovery tends to scare and sadden parents, who may or may not be ready for the natural changes of their child. And understandably so: One day your baby boy or girl is building a sandcastle on the beach, then within a blink of an eye, they’re ditching a family dinner to go to hang out with a cute boy or girl on that very same sand you built your seashell palace. Corny anecdotes aside, these inevitable, pubescent changes in a child – as painful as they may be at times for nostalgic parents – are very positive developments. After all, It’s during this transitional phase that moms and dads get to reap the fruits of their parental labors as they witness their little boy or girl’s metamorphosis into a productive, fulfilled and successful young adult.

After attaining teenage privileges that promote and encourage independence, a teenager is also able to build new and deeper form of trust with their parents. It is during this critical trust building phase when a parent discovers whether their child can be trusted with new privileges such as, driving the car, or hanging out with the opposite sex without adult supervision. Be that as it may, it is also during this phase when a teen can destroy the trust of their parents by abusing their acquired independence. Moreover, teens who take advantage of their freedom by acting on negative, self-sabotaging behaviors, are those who would classify as a troubled adolescent.

Troubled teens act out for a variety of different reasons, and no two teens are the same. Therefore, the reasons behind a struggling adolescent’s adverse actions are unique to the individual child. Nevertheless, psychological factors are almost always an underlying issue of a teenage child’s defiant, out of control behavioral patterns. This is why it is crucial for parents not to take their child’s spite at face value. Instead, a parent should see their child’s actions as a cry for help.

The Underlying Issues of Troubled Teens.

Troubled teens, who act out in compulsive behaviors, are typically young men and women who find it difficult to navigate their emotions. These adolescents struggle with the new pressures and stresses that are inherent to being a teen in today’s culture. Unfortunately, parents may be – and most likely are- oblivious to their child’s inner turmoil. All mom and dad see is a child who is acting out in ways they don’t understand. Meanwhile, a troubled teen may feel as though they need to alienate themselves from their parents, whom they believe to be their enemy. Ironically enough, troubled teens feel like their parents don’t care about their problems, which in turn, leads them to the dark depths of alienation and depression.

Troubled adolescents’ perception of their parents, of course, couldn’t be farther from the truth. In reality, it is the teen who is failing to communicate their struggles with their loving parents. This unfortunate cycle of misunderstandings and skewed perceptions between parent and misbehaving child is a formula for disaster.

While raising a troubled teen can be torturous and daunting for even the most attentive of parents, patience and understanding are paramount. Additionally, it is crucial for parents to come from a place of understanding instead of retaliation. Every revoked privilege, restriction, reprimand or mandatory curfew should originate from a place of love, rather than a place of punishment. When parents act on behalf of the safety and care for their child’s well-being rather than out of frustration and anger, it will not be lost on the teen. If a child’s misbehaviors are met by parents who are concerned and worried for the safety of their child, rather than a myriad of yelling and scolding, the adolescent is more likely to adhere to what their parents have to say. However, this is not to say consequences shouldn’t be part of a parent’s toolbox. Rather, the consequence should be presented in a way that sends a message to the child: “I love you, but your behavior is too painful and scary. As your parents, it is our job to protect you from becoming a statistic on the nightly news feed.” On that note, don’t be afraid to show your worried parental card to your child. The more a troubled girl or boy understand how their actions are hurting not only themselves but the lives of loved ones who deeply care about them, the more a teen will be able to change their perception of reality.

As teenagers begin to assert their independence and find their identity, many experience behavioral changes that can seem bizarre and unpredictable to parents. Your sweet, obedient child who once couldn’t bear to be separated from you now won’t be seen within 20 yards of you and greets everything you say with a roll of the eyes or the slam of a door. These, unfortunately, are the actions of an ordinary teenager.